Rat Race Media symbolizes the ever-accelerating struggle against deadlines and the constant pressure associated with new media oriented design and production budgets . In a fiercely competitive market, we aim to bring each client personalized service with a superior level of design to achieve rewarding results.

Our expertise in the international sports arena insured that we managed to secure the broadcasting rights for no less than 8 World Championship events.

The Billfish 15000 is the largest beach launch marlin tournament in the world. This event took place in Sodwana every year during November and Rat Race Media did the production of all the deep-sea action for a SuperSport production for a number of years. 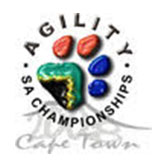 This Challenge is an Invitational between 10 SA Inflatable boats and 10 Namibian Inflatable boats. Rat Race Media did this epic adventure and filmed the action on about 100km per day on the Okavango River with the highest density of crocodiles in the world, as well as extreme rapids.
This is an extreme event and is based on the CHOC Berg River Challenge that’s been going for 25 years and is also filmed by us.

WhatsApp us
We use cookies to ensure that we give you the best experience on our website. If you continue to use this site we will assume that you are happy with it.Ok